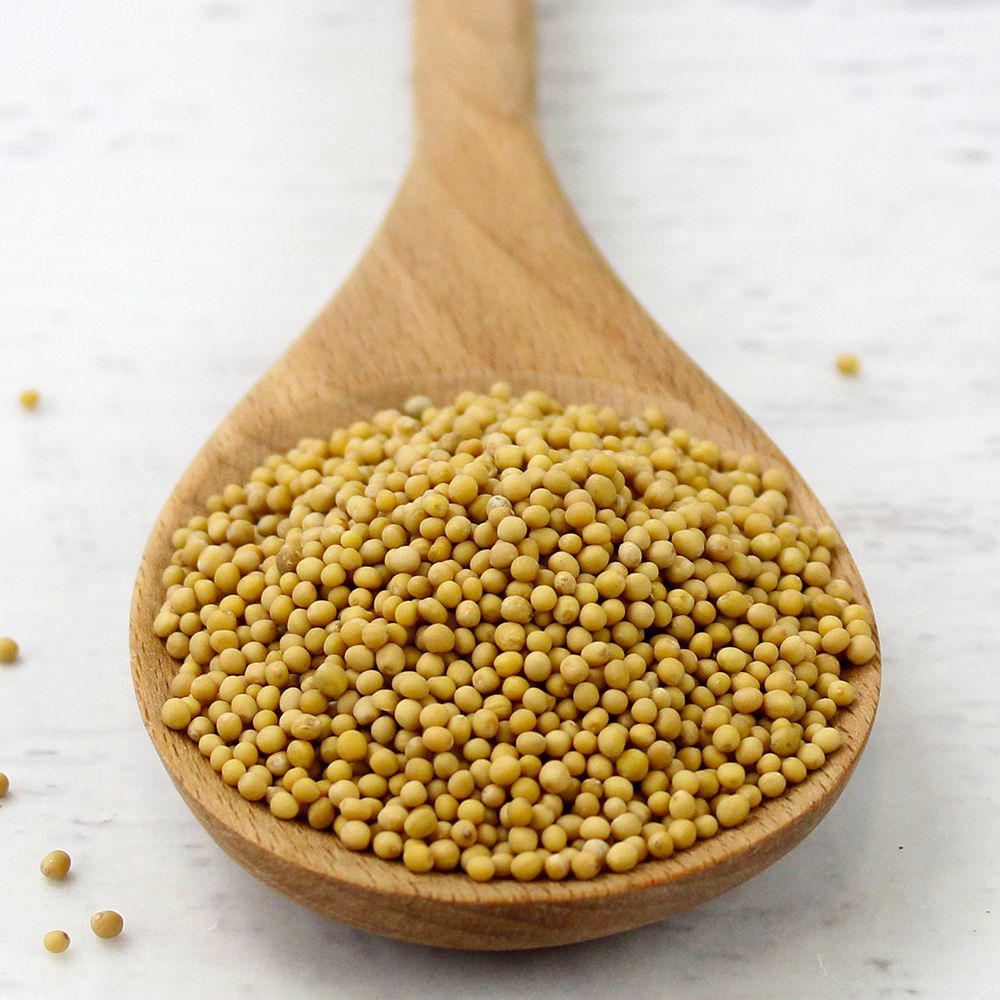 Slightly bigger and not so intense as its cousin, brown mustard, yellow mustard has a mild flavour and used to make American yellow mustard. They are frequently used in preserving for pickles such as Piccalilli, and in brines or cures for pork. They add textural crunch and flavour to vinaigrettes for potato salad or in a meaty sauce for pork chops. Whole Yellow Mustard Seeds are frequently used in Indian dishes such as Vindaloo or vegetable curries such as cabbage, coconut and tomato.