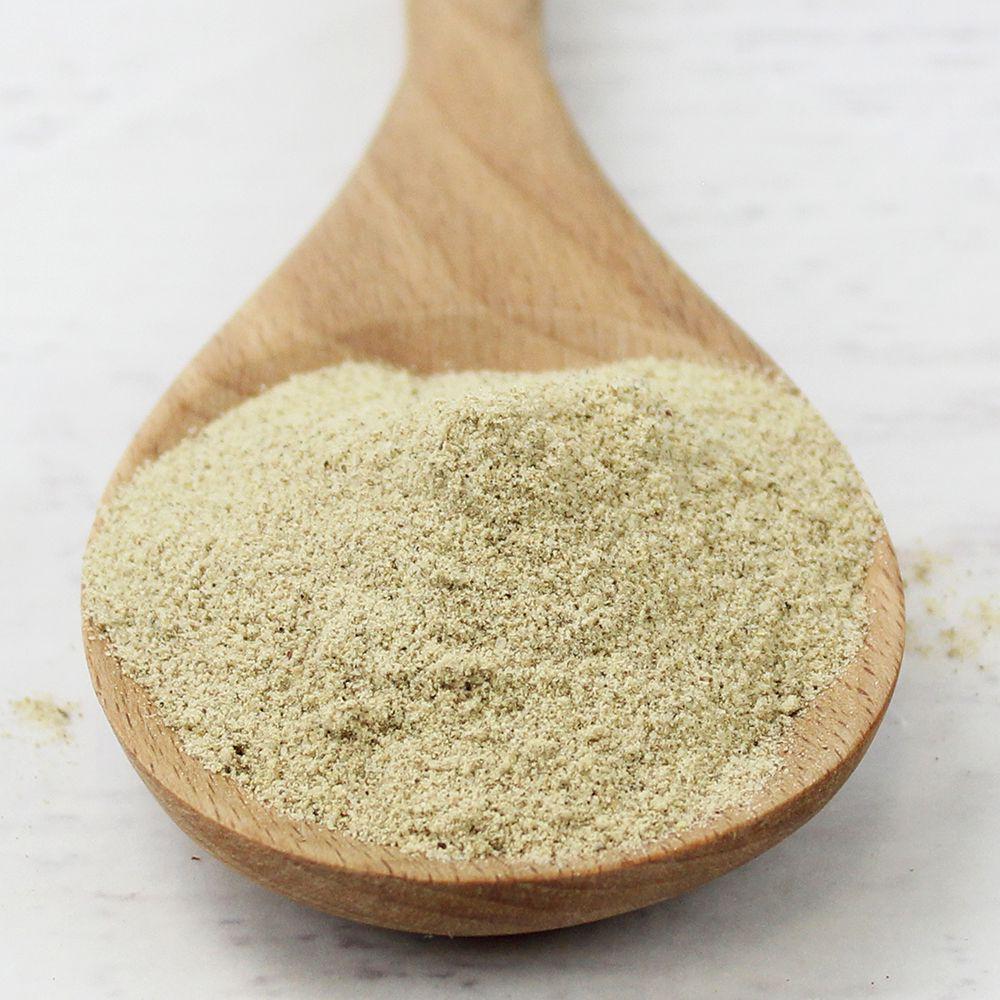 White Pepper is the inner seed of a black peppercorn with the dark, sun-dried outer black husk removed. It is a smaller berry than black, has a smooth surface with less complex flavour than black pepper but more heat. Finely ground white pepper has traditionally been used in Western cooking where specks of black pepper would be objectionable, such as in white sauces, cream soups and fish dishes. It is a seasoning used in the preparation of Bechamel sauce, potato dishes and puree soups including chestnut, celeriac or turnip.