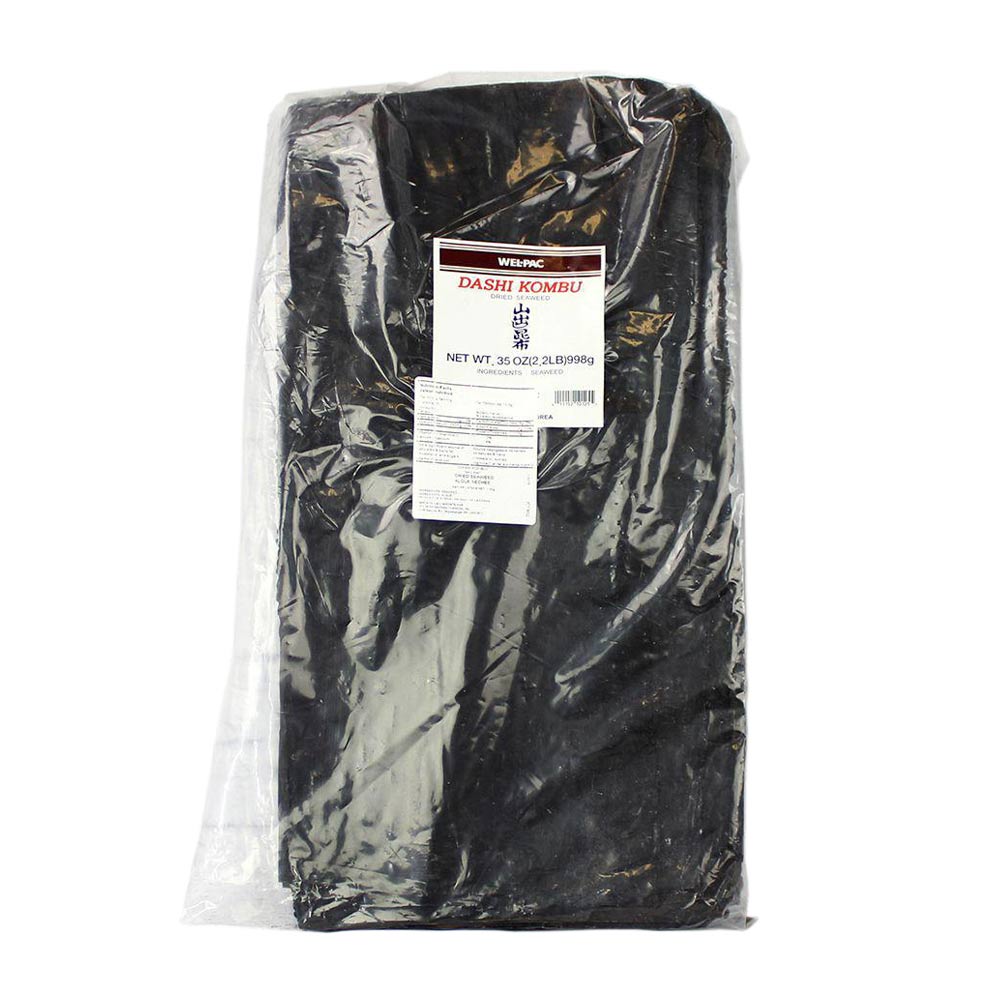 Konbu is an edible kelp widely used and enjoyed in Asia and is one of the essential ingredients for preparing dashi (Japanese basic cooking stock.) Konbu is dried, very salty with a rich and pleasing sea flavour and must be rehydrated in barely simmering liquid. It adds a subtle and lingering sea flavour to soup stocks for udon noodles and a piece of konbu is often added to rice during cooking in some regions of Japan. It is delicious in bean or vegetable soups and, once rehydrated, can be thinly sliced and added to salads.