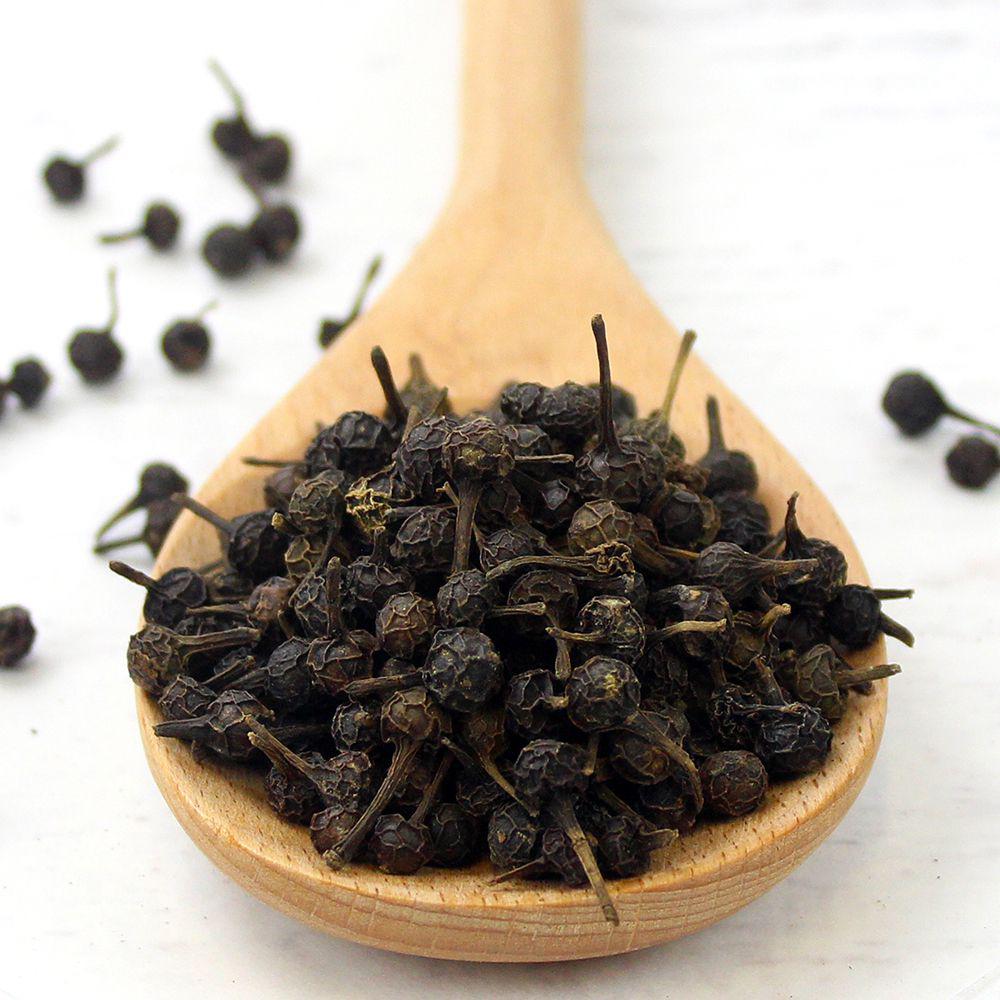 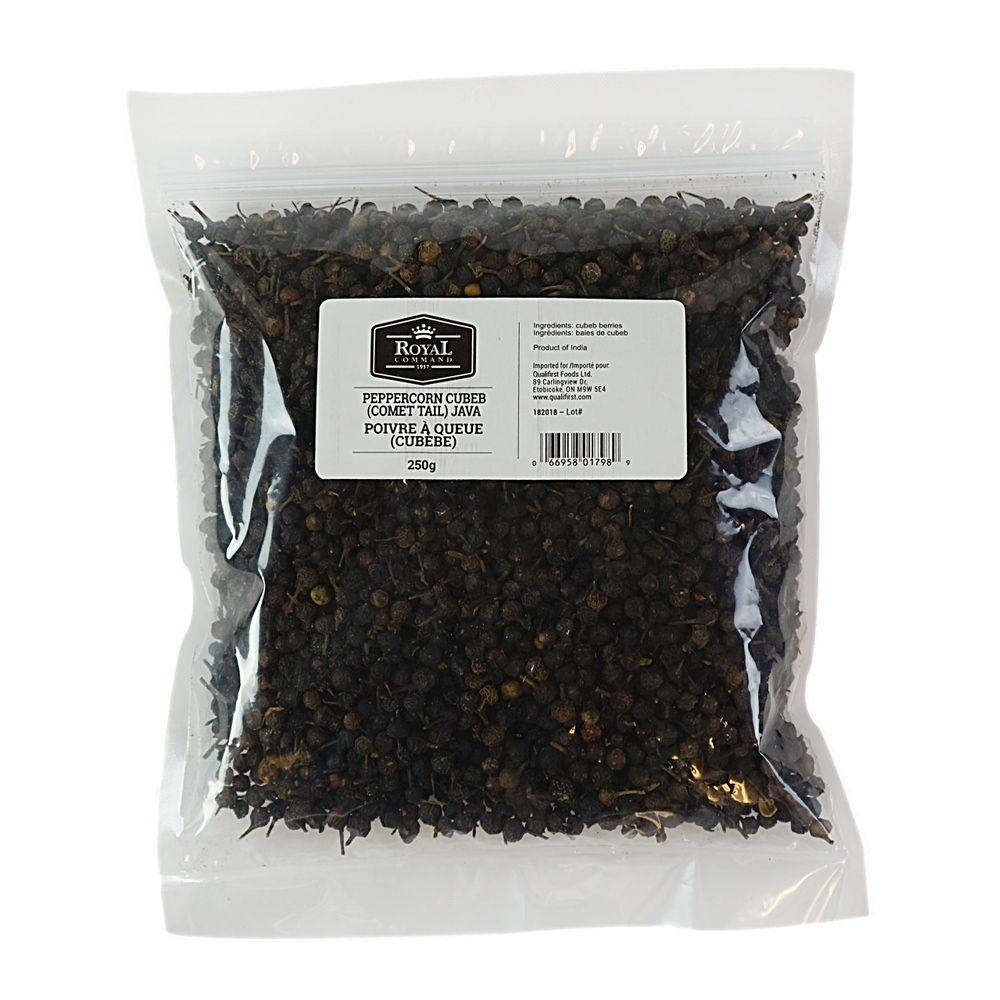 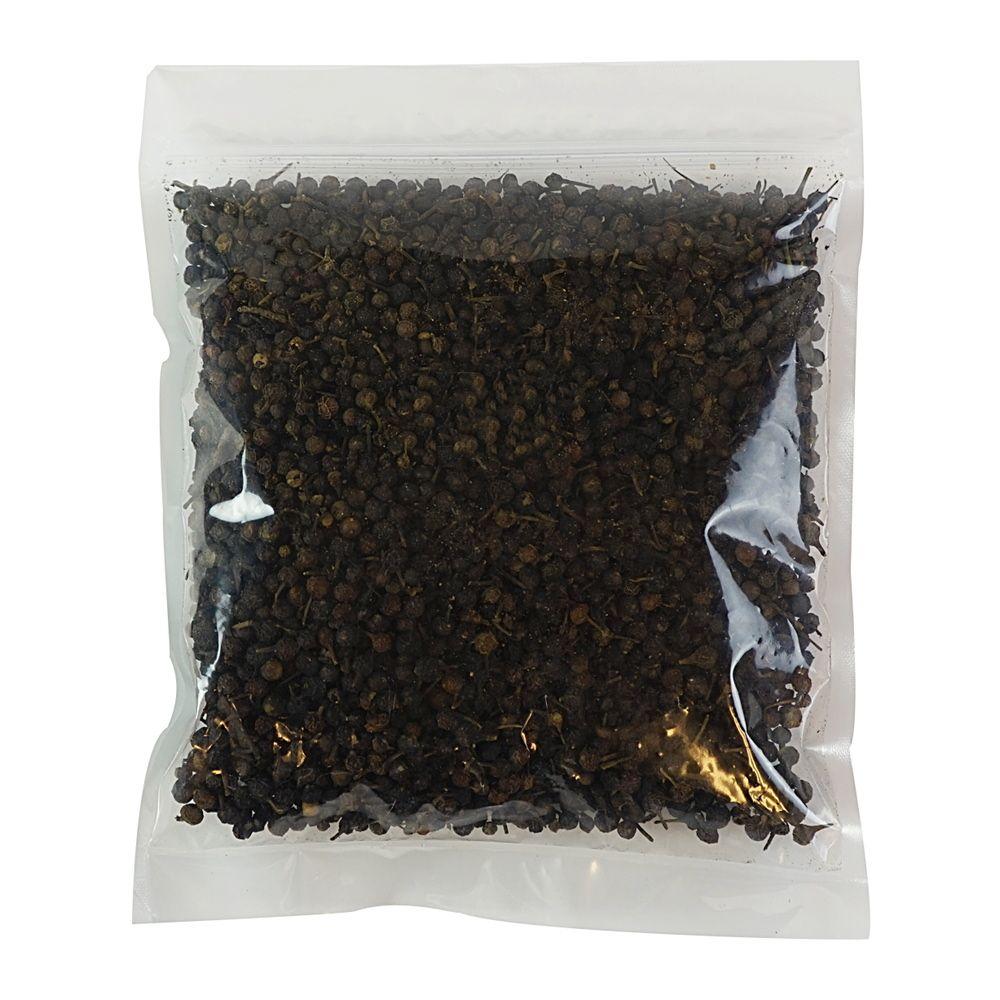 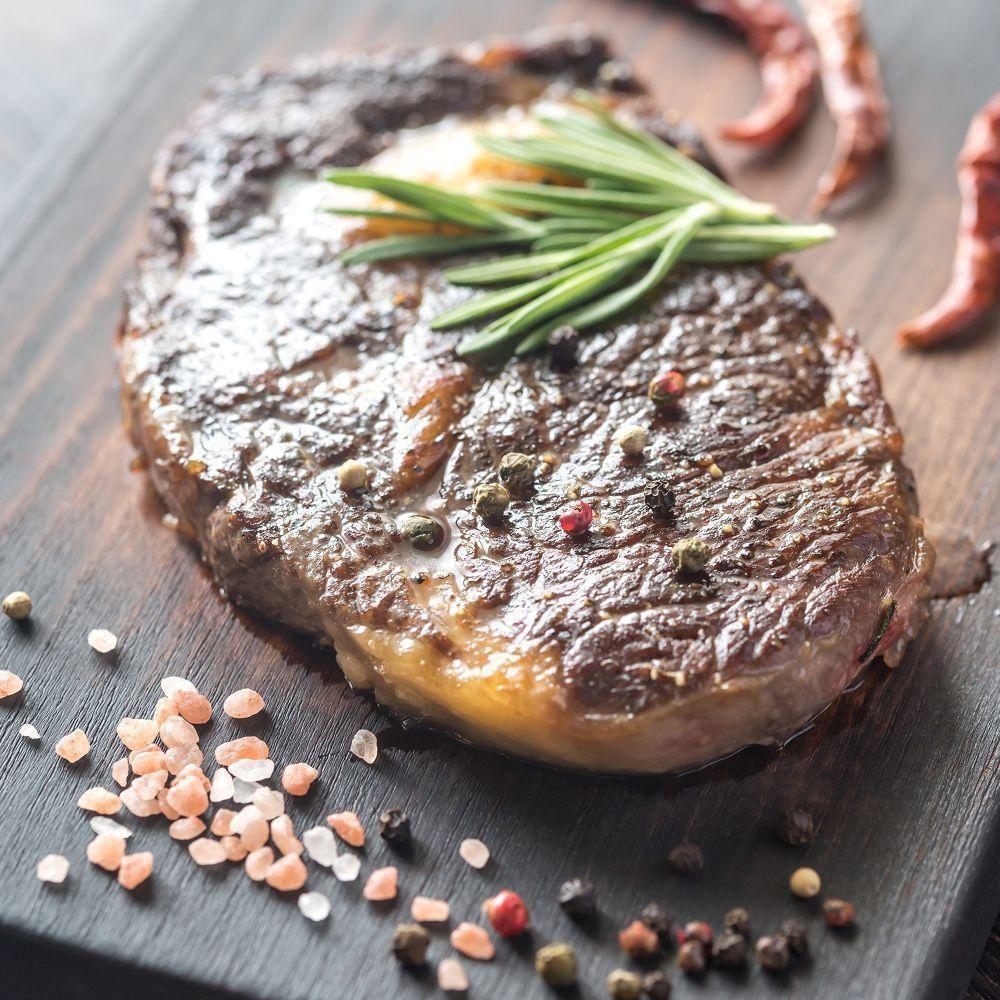 The aroma of Cubeb (Comet Tail) Peppercorn is somewhat like Allspice. They look similar to black peppercorns but have their stems attached. Also known as tailed peppercorn, they look like small pushpins or tacks. Cubeb Peppercorns have a flavour and aroma that is pungent, acrid, slight bitter and lingering and is described as a cross between allspice and pepper. It is used in Moroccan cuisine and is frequently found in the highly aromatic blend, Ras el Hanout, used in marinades for meats and fish.